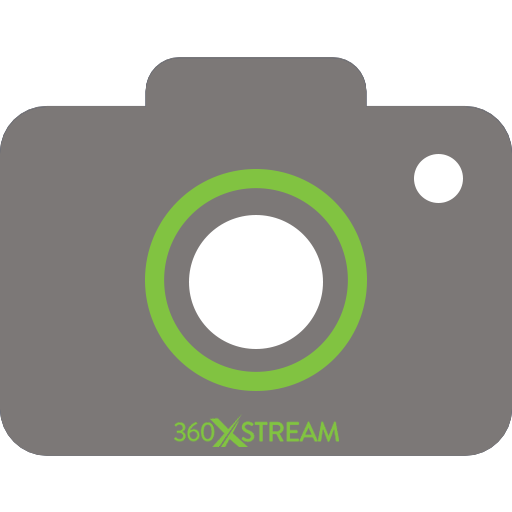 Systems are configured and ready to ship within 15 days. Comes complete with streaming box,camera and tripod.

Note:Camera systems are leased by 360xstream. By agreeing to lease the system, you will be billed prior to the system shipping out. You are also agreeing to pay a minimum monthly streaming service charge of (4) any duration events. Click below to read our full terms & conditions

This Rental Agreement (“Agreement”) is for the rental of the 360 camera system described at the 360xStream.com website on the webpage https://360xstream.com/pricing-plan (“Checkout”), including all parts of and accessories to such equipment ("Equipment"). This Agreement is between the person indicated on the Checkout as the customer (“Lessee”) and 360xStream, Inc. (“360xStream”). By clicking on the “I agree, submit this order” button on the 360xStream website or by signing this agreement separately, Lessee agrees to be bound by this Agreement and all the terms and conditions therein, whether or not Lessee has read them.

1. NATURE OF THIS AGREEMENT. This Agreement is solely for the purpose of creating a lease transaction, which allows Lessee to use the Equipment as permitted by this Agreement. Lessee represents that the Equipment herein is to be used solely and exclusively for business or commercial purposes. The Equipment is owned by 360xStream. Lessee acknowledges that no one other than 360xStream may transfer or assign the Equipment or any rights or obligations under this Agreement. Neither Lessee nor any Authorized Operators (as defined below) are agents of 360xStream. No one may repair or alter the Equipment without 360xStream's prior written approval, Lessee will not suffer any liens or encumbrances to attach to the Equipment and will defend, indemnity and hold 360xStream harmless from all loss, liability, and expense by reason thereof.

2. WHO MAY USE THE EQUIPMENT. Only Lessee and its employees in the course of such employee's regular employment ("Authorized Operators”) may use and operate the Equipment.

6. OWNERSHIP. The Equipment remains at all times the sole and exclusive property of 360xStream. Lessee has no rights or claims to the Equipment. 360xStream makes no claim to images, video, or sound rescordings (collectively the “IP”) made by Lessee while using the Equipment. Such IP shall be the sole responsibility of Lessee.

7. USE. Lessee shall use the Equipment in a careful and proper manner, and shall comply with and conform to all applicable laws, ordinance, and regulations in any way relating to the use or possession of the Equipment.

8. RISK OF LOSS. All loss or damage to the Equipment from any cause whatsoever while on rental or in Lessee's or Authorized Operator's care, custody or control, whether exclusive or not, and whether or not due to the fault of Lessee, including, but not limited to, fire, flood, theft, dropped and Acts of God, will be the responsibility of Lessee and will be paid to 360xStream promptly upon Lessee's receipt of an invoice therefor. Such responsibility is limited to the full value of the Equipment at the time it is lost or damaged, less its salvage value, plus an administrative fee and 360xStream’s related expenses. THE COST OF LABOR FOR REPAIRS WILL BE EITHER 360XSTREAM'S THEN PREVAILING HOURLY RATE FOR LABOR POSTED, OR THE REPAIRERS HOURLY RATE FOR LABOR CHARGED TO 360XSTREAM FOR REPAIRS AS THE CASE MAY BE. PARTS WILL BE CHARGED AT 360XSTREAM'S COST. Use of the equipment by persons other than Lessee or Authorized Operators will be at Lessee's sole risk.

9. EVENTS OF DEFAULT. Lessee shall be in default of this Agreement if Lessee fails to pay any Usage Fees and/or the Minimum Monthly Payment when due or if Lessee breaches any of the other terms of this Agreement, or if Lessee becomes insolvent or ceases to do business as a going concern, or if a petition in bankruptcy if filed by or against Lessee, or if Lessee is in default pursuant to the provisions of any other agreement by and between Lessee and 360xStream. In the event of default, all amounts owed by Lessee to 360xStream are immediately due.

10. REMEDIES. In case of default by Lessee, Lessee shall be responsible for any reasonable expenses of 360xStream in attempting to recover the amount owed from Lessee to 360xStream including collection fees and attorney’s fees. In addition 360xStream reserves the right to pursue all avaiable civil and criminal remedies against Lessee, including but not limited to: recovering possession of the Equipment, obtaining from Lessee’s form of payment any amounts owed, hiring outside debt collection firms or private investigators, filing of criminarl charges, and any civil remedies available. Lessee hereby waives any right to any hearing or, to receive any notice of legal process, as a pre-condition for 360xStream recovering the Equipment. Lessee agrees to permit such entry and action by 360xStream. 360xStream may also terminate this Agreement without notice to Lessee to any remedies or claims which 360xStream might otherwise have for rent, expense of retaking, court costs and reasonable attorney's fees. Lessee will remain liable for the equipment or for any loss or injury to the Equipment; not withstanding such termination. The remedies herein in favor of 360xStream are not exclusive, but shall be cumulative and in addition to all other remedies existing at law or in equity, anyone or more of which may be exercised simultaneously or successfully.

11. LIABILITY FOR DAMAGE TO PERSON AND PRIOPERTY. Lessee assumes the risk of any and all injuries of any kind or nature, including wrongful death, as a result of the use or misuse of the Equipment pursuant to this Agreement. LESSEE AGREES TO DEFEND, INDEMNIFY AND HOLD HARMLESS 360XSTREAM IT’S SUBSIDIARIES, PARENT COMPANY AND THEIR OFFICERS, DIRECTORS, EMPLOYEES AND AGENTS FROM AND AGAINST ANY AND ALL LOSS LIABILITY, CLAIM, ACTION OR EXPENSE, INCLUDING REASONABLE ATTORNEYS FEES, BY REASON OF BODILY INJURY, INCLUDING DEATH, AND PROPERTY DAMAGE, SUSTAINED BY ANY PERSON OR PERSONS, INCLUDING BUT NOT LIMITED TO EMPLOYEES OF LESSEE, AS A RESULT OF THE USE, POSSESSION, OPERATION, OR TRANSPORTATION OF THE EQUIPMENT, OR LESSEE’SFAILURE TO COMPLY WITH THE TERMS OF THIS AGREEMENT.

12. NOTICE OF LOSS OR ACCIDENT. In the event of an accident, loss of, theft of, or damage to the Equipment, Lessee agrees to notify 360xStream as soon as possible by telephone and, thereafter, to immediately report in writing to 360xStream and to the public authorities (where required by law or by 360xStream,) all necessary information relating to the loss or accident.

THE FOREGOING IS IN LIEU OF (i) ALL WARRANTIES EXPRESS, IMPLIED OR STATUTORY, INCLUDING BUT NOT LIMITED TO, THE IMPLIED WARRANTY OF MERCHANTABILITY AND THE IMPLIED WARRANTY OF FITNESS FOR A PARTICULAR PURPOSE; AND OF (ii) ALL OBLIGATIONS OR LIABILTY ON THE PART OF 360XSTREAM TO LESEE FOR DAMAGES, INCLUDING BUT NOT LIMITED TO, INDIRECT, INCIDENTAL, CONSEQUENTIAL, OR SPECIAL DAMAGES ARISING OUT OF OR IN CONNECTION WITH THE RENTING, MAINTENANCE, USE, OPERATION, STORAGE, ERECTION, DISMANTLING OR TRANSPORTATION OF THE EQUIPMENT.

15. ENTIRE AGREEMENT/MODIFICATION/SEVERABILITY. This Agreement expresses the entire agreement between the parties with respect to the subject matter hereof. No change, modification or alteration of the terms hereof will be effective as against 360xStream unless same is in writing and signed by a duly authorized officer of 360xStream. Lessee's execution of this instrument and/or acceptance of delivery of any part of the Equipment to be furnished hereunder shall constitute Lessee's acceptance of all the terms and conditions contained herein, and the exclusion of any terms and conditions otherwise stated by Lessee or contained in any of Lessee’s documents that conflict with or limit in any way any of the terms and conditions contained herein. The paragraph heading contained in this Agreement are for convenience only and will not be used to expand or limit the actual terms and conditions hereof.

16. GOVERNING LAW. This Agreement shall be governed by, and construed in accordance with, the laws of the State of California, regardless of the laws that might otherwise govern under applicable principles of conflicts of laws thereof. LESSEE AND 360XSTREAM EXPRESSLY CONSENT TO THE JURISDICTION OF THE STATE AND FEDERAL COURTS LOCATED IN CALIFORNIA. THE PARTIES FURTHER AGREE THAT THE EXCLUSIVE VENUE FOR THE RESOLUTION OF ANY DISPUTE RELATING TO THE SUBJECT MATTER OF THIS AGREEMENT SHALL BE IN THE STATE AND FEDERAL COURTS LOCATED IN SACRAMENTO COUNTY, CALIFORNIA.

Acceptance of this offer is hereby evidenced by my signature and by the return to Client of a copy hereof, so signed.